This preparation contains a unique formula based on calcium hydroxyapatite particles, which naturally occur in bones and teeth. These particles are suspended in a gel matrix, which is completely absorbed (on average after 3 months). In its place, newly produced collagen will remain.

After anesthesia and skin disinfection the preparation is introduced subcutaneously with a thin needle or cannula, depending on the problem and patient’s preference. Postoperative effects are visible immediately and persist for at least 12 months. In the meantime, the condition of the skin improves.

Patients usually immediately after the treatment return to full activity. Possible side effects such as swelling, pain, bruising or redness usually disappear after 2-3 days.

After the treatment there is no need to avoid high temperatures, because Radiesse™ is a thermostable preparation, which is insensitive to thermal factors. The treatment can be performed and the standard use of sauna, beach or solarium. It can also be freely combined with laser treatments, which makes it different from hyaluronic acid-based fillers.

Is the treatment safe?

Deciding on the treatment, there is no need to perform anti-allergy tests, the preparation does not contain any ingredients of animal origin. Radiesse is 100% biocompatible, i.e. it is absorbed naturally. Since 2004 it has been officially registered in the European Union and has the CE certificate confirming the product safety and its clinical research. In 2006 the RADIESSE™ Collagen Stimulator was approved for marketing by the restrictive American Food and Drug Administration FDA. 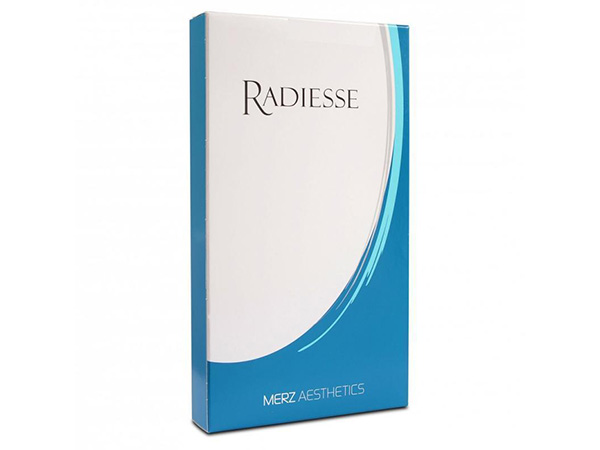